KEARNEY — If a young Tom Martin had been told he’d become a distinguished philosophy professor, he’d have laughed.

“Back then, I wanted to go from bar to bar playing a blues guitar,” he said.

He averaged Ds in high school. As a senior, he spent most classroom days staring out the window.

After graduating from high school in 1967, he unloaded grape trucks in a winery. When he finally went to college, the 6-foot-6 Martin won a basketball scholarship, but he was kicked off the team for refusing to shave his beard.

Then a university professor transformed his life.

This month, Martin is retiring as a philosophy professor at the University of Nebraska at Kearney. He called his UNK career “a blessing.”

For 35 years, he has led students in discussing “essential things.” They have read the work of atheists, classic philosophers, Aristotle and others. They have discussed their essential human existence.

“The students love it. I tell them, ‘You don’t have just a brain but a soul, and the ability to reason. To be a virtuous human being is the highest attainment you can reach,” he said.

That’s hefty thinking for the Battle Creek, Michigan, native who admits he was “just kicking tires and fumbling around” as a young man. How he found his calling is a story in itself.

His reawakening began when he enrolled at Northern Arizona University — he applied there because he saw “spectacular” pictures of Arizona’s Oak Creek Canyon — and had a philosophy professor named Dick Wood, a world-renowned philosopher and an alumnus of the University of Nebraska-Lincoln.

“Dick Wood woke me up to ideas and taking myself seriously,” he said. “He introduced us to the whole idea of relativism. We discussed ideas to see what truth we might discover.”

As a sophomore, Martin read Dostoevsky’s “Crime and Punishment.” That book “got me interested in ideas. We all live by ideas. Ideas can transform your life,” he said.

In Wood’s class, he also realized that “the purpose of a university is to question things and learn the truth. The university wasn’t just a place to find a job. We have a life of the mind. We raised questions with the aid of these thinkers. It saddens me to see what we have become.”

The oldest of six children, Martin had anything but a boring childhood. Between the ages of 8 and 16, he lived in Central and South America because his father, Robert, a Kearney resident and a 1932 graduate of UNK, worked in U.S. embassies in Ecuador, Paraguay and Peru.

“I was a Catholic in a very Catholic country. It was like going into the 15th century, but everyone was woven together. The maid lived with us as a part of our family,” he said.

“As a kid, you have no sense of discrimination. You learn to see people as people. Here in America, everyone sees colors and races, but there, everyone lives together.”

In South America, Martin went to 10 schools. “In one school my brother and I were the only white kids in the whole school. We didn’t speak a word of Spanish,” he said. They also went to English-speaking American schools and bilingual schools.

“I learned to speak Spanish. Juan Peron (president of Argentina from 1974-76) lived in the hotel beneath us, and he would walk his little poodle. There was a man with a machine gun standing at the door,” he said.

In Quito, he said, Indians went to town barefoot to go to the market, sleep in the plaza, then walk back to their villages. Martin was living at the Hilton, and nearby, people were camping on the ground. “That has stayed with me, how fortunate we are. It’s mostly accidental. Our ancestors knew what it meant to flee the world for opportunity and school. We take that for granted,” he said.

“I have beautiful memories of Latin America and South America. I am more Latino than Anglo. Latinos are an amicable, festive people. They have much more of a culture than we do,” he said.

Returning to the U.S., the family returned to Harrisburg, Pennsylvania, where Martin spent his senior year of high school (“I was bored. The teacher told me I was boring”), then spent four years in the U.S. Air Force, sorting mail in the mail room. He then went to Harrisburg (Pa.) Community College, where, in the library, he found his way to NAU.

He attended graduate school at the University of Missouri in Columbia, married Linda and bought a 45-acre farm outside of town. They attempted to “live off the land,” but after two years and several part-time jobs, Martin realized he had to go back to school.

“It took me four years before I could be a graduate assistant because I was not politically aligned with them. They were talking about wealth and social justice. I was a Catholic, a universalist learning about the whole depth of the soul, truth, beauty, goodness at heart,” he said.

As a graduate assistant, he had two sections of 40 students each. Without telling his supervisor, he canceled the textbook and had his students read Aristotle and Solzhenitsyn’s “The Cancer Ward.” They probed the allegory and symbolism and ideas in each chapter. In the process, he discovered that he loved teaching.

“You read a book to change a life,” he said. “You want to confront them with the eternal question ‘Who am I? What are we doing here?’ Every generation is born ignorant. If work alone is the answer, why didn’t they let slaves learn to read?” he said.

“The most revolutionary thing to do with a student is to read a book. Be in a room with them, teach them how to read. One chapter per class,” he said.

After earning his M.A. and Ph.D. from the University of Missouri, Martin applied to teach at 130 schools. He was rejected by all but two — Black Hawk College in Moline, Illinois, and UNK. He knew UNK because he had often visited his grandparents in Kearney. “We’d sit out at 30th Avenue west of town and watch license plates,” he said.

When he came to Kearney for the interview, he stayed with Millie, his piano teacher. Five days later, he was offered the job. “I was just floating in heaven,” he said.

At UNK, Martin held the O.K. Bouwsma Endowed Professorship in Philosophy. He wrote widely on the works of Plato, Aristotle, Dostoevsky, Solzhenitsyn, and Chesterton. Now, 35 years later, he’s still excited to be in Kearney.

For his final week at UNK, Martin gave final exams to 17 students who are majoring in philosophy, far fewer than the normal 60 or 70. This spring, UNK eliminated the philosophy major. That frustrates Martin. “They’ve taken the interior life away from these students. They go from school straight to work, with no interior life. Some of these kids don’t know fairy tales. They don’t know history.”

He said, “At the end of the day, the university is where they came to take the walk into the light. If you don’t have a classical education that prepares you to walk through death, you don’t have an education worthy of life. An unexamined life is not worth living.”

He quipped, too, that “I’d still be teaching, but I ran out of students.” But students didn’t run out of Martin.

At a dinner held for him April 23, students from his first year at UNK were surprise guests. They talked about what he’d taught them.

“They had learned to read for the first time in their lives. They addressed the end of life, about things that transcend you, ideas that give meaning to life,” he said. “If people have no purpose in life other than work, they are very much alone. If you are all alone in the corridor at the end of the day, and there’s no light, that’s not a pleasant place to live in.”

He still hears from students who “read a book and it changed their life. They saw a purpose and the meaning of truth in your life. We are meant to be with God and live in Glory. The western world is focused on truth, beauty and goodness, but the modern world is pragmatic and utilitarian,” he said.

After retirement, Martin won’t sit still. He will continue his work as a deacon at Prince of Peace Catholic Church, teach catechism, perhaps volunteer at the Central Nebraska Veterans’ Home, maybe lead a book group at the Newman Center. A group of students has proposed meeting off campus next fall to study Dante’s “Divine Comedy.”

Martin also plans to visit his four children, their spouses and 12 grandchildren, as well as enjoy life with his wife Linda, to whom he’s been married for 48 years.

He described Linda as “my calling in life.” Not only did she edit most of his papers; “she’s been editing my life,” he said. “(Philosopher G.K.) Chesterton had a wonderful line: ‘Men need to be womanized.’”

Martin believes that “life is a journey. You wait to see whatever you are asked to do, and you do it. It’s such an honor to be a teacher. You shut the door. You are the only one with them,” he said. That’s when, he said, the magic begins.

Breaking down Nebraska’s colleges and universities

Get our local education coverage delivered directly to your inbox. 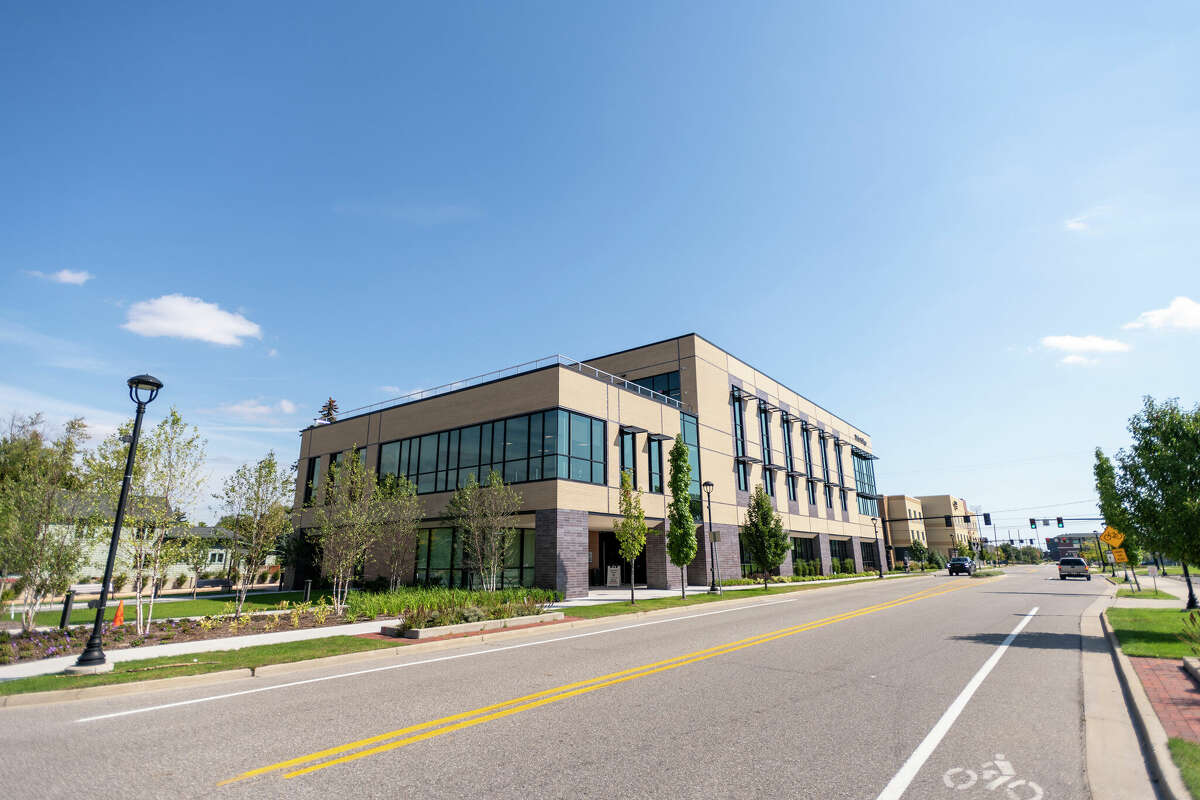