The DOE Giveth, and Taketh Away, but It Giveth Crappeth 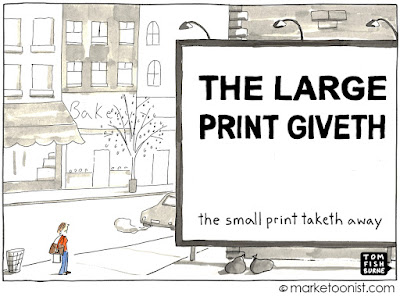 I’m finally using the DOE grading/ attendance system. Our school, for some reason, is piloting the system for attendance. The first time I used it was yesterday. I have a small class, and it was quite easy to use. Though I had pink sheets with me just in case, I didn’t need to use them. The online system worked fine.

Alas, in my period 4, I could not get internet. While this was not necessarily the fault of the DOE, it meant that I could not use the system. This begs the question of whether an internet-based system is really workable at all. At this point I know most of my students, but I’m not sure I’d be able to recall which ones were and were not present after the fact. Utilizing a sign in sheet is a pain in the neck, and excessive paperwork if you have to record attendance twice.

I used the pink sheets and transferred the info later. I also made copies in case it occurred again. It didn’t, but later on in the day I was unable to log in for minutes, and DOE informed me there was “no info found” on my classes. This suggests to me a buggy, unreliable system, everything I’d expect from a band of political appointee hacks who couldn’t teach their way out of a paper bag.

I was really apprehensive about the grading system, because today I’m giving an actual test, the grades of which I will have to record. I have refrained from grading anything until now, as my classes were broken into 20 sections. It was impossible. Seeking something possible, I looked at the DOE system and had not been able to figure out how to create an assignment or enter a grade. I hoped I could find a first-year teacher who knew better than I how to do so.

Colleagues have horror stories. Some of them input grades and they simply do not take. Once they go to the next grade, the first is gone. Worse, some tell me that they’ve recorded grades that have disappeared. It appears our school has another issue–because we’re so large everything takes longer. The system has to go through thousands of records to find the ones we need, and in typical DOE fashion, that’s somehow an issue.

Also, if you want to weigh assignments, e.g. assign a quiz as 10% the value of a test, too bad for you. DOE, in its infinite wisdom, allows you to weight assignments at 50%, 100%, or 200%. Evidently they saw no value in consulting working teachers before releasing this atrocity. Nor could they contract with a system that’s been around for years and is actually known to, you know, work.

Our school, I learned this morning, is going to dump the DOE grading system and contract with a system that functions. I’m happy to hear that. I’ll record my test in Google Classroom and hope for a better system very soon.

I also want to thank the DOE for another innovation. Our new annex is pretty cool. In fact it’s well beyond cool, because it’s 48 degrees outside and pouring freezing rain. But we have no heat. An AP told me she heard official heating season doesn’t start until October 15th, and that it would not, in fact, be initiated before people were trained in using it.

I guess it shouldn’t surprise me that Chancellor Soaring Eagle thinks he alone can determine beforehand how the weather will be, and can therefore determine the precise date, in advance, when heat will be appropriate. Of course, he’s wrong on this, like with everything else.

In case that’s not enough, right at the entrance of our annex should be a grate of some sort. It’s not there, so the DOE geniuses replaced it with a piece of plywood, not precisely the sturdiest thing in the world. They then covered it with a rug so no one would see. Yesterday my friend slipped on it and twisted her ankle. I hear she’s far from the first.

Working for the DOE, you always know common sense is the least common of all the senses.

You Don’t Have to Marry It!